Get our Crypto Bootcamp Syllabus

Thank you! The bootcamp syllabus and more information will be delivered to you shortly by Tom, our admissions manager.


Quick tip - Don't forget to check your junk folder if the email doesn't seem to arrive!
Oops! Something went wrong while submitting the form. 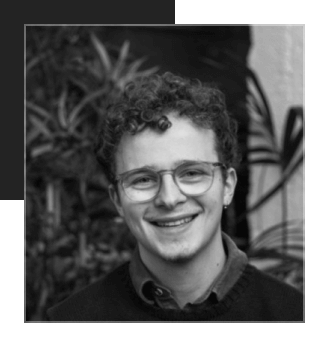 One of the most interesting things we've found at InCrypto Hub is that most beginners have a fairly distorted idea of cryptocurrency and blockchain. This isn't entirely surprising as the media tends to cover only the most extreme ends of the spectrum, whether that be a story of an 18-year-old making millions from a $100 investment or a devastating hack causing a "plunge" in price.

What beginners don't realise, however, is that cryptocurrency itself isn't necessarily the most important aspect of this; it is the blockchain technology that powers it. At InCrypto Hub, we dive deep and show people what is happening under the surface, which is truly one of the most exciting innovations since the inception of the internet.

Now - before we get carried away with how amazing the technology is, we must preface that the technology is very much in its infancy. With development and expansion into new territory, there are bound to be roadblocks and mishaps, as we've seen from the recent demise of Terra and UST. This also applies to sectors such as DeFi, which currently resembles the Wild West. There is certainly much to be tried, tested, broken and improved.

However, with innovation comes opportunity, and one thing is abundantly clear: We are at the forefront of the biggest digital evolution since the inception of the internet, and blockchain is at the center of it.

The Transparency of Blockchain

A common misconception about crypto is that it is untraceable. Well, crypto, or more specifically blockchain, is quite the opposite! Don't believe us? Well, let's take a famous person in crypto: Jimmy Fallon. Jimmy notoriously owns a Bored Ape NFT and owns fallon.eth (which is essentially the web3 version of a .com address).

What if we said that you could see how much money he owns and every transaction he'd ever made and see inside his wallets?  Well, here you go.

This site above is called Etherscan, the window into the Ethereum blockchain. You can see Jimmy's balance of 33.99 Ethereum, all the different tokens he owns, and all the transactions he's ever done from this wallet. Now, Jimmy's wallet is especially visible because he has attached his name to his wallet, and he has even linked his Twitter account as well in the top right of the image.

Indeed you don't have to attach your identity to your wallet, but this doesn't stop every transaction from being entirely visible - a valuable resource for tracking illegal or dubious activity. The individuals behind the largest child abuse site were recently tracked and detained using this exact method.

Crypto: It goes Far Deeper Than You Think.

There is also a common misconception that all cryptos are the same. This couldn't be further from the truth. Not all cryptos are like bitcoin and can only facilitate payments: There are now blockchains that support the creation of apps, rather like apps on the IPhone, and these apps are categorised into all sorts of sectors. These sectors include; Gaming, Music streaming, Decentralised Finance, IOT, Web3 and more!

All these apps have one thing in common: they cut out the middleman and are accessible to the entire world. Of course, it is more complicated under the surface, but the idea is that of true ownership. With blockchain as the core technology, you get custody of your own assets, which you can freely trade, store and transact with. You might say, "well I can do that now", but do you really own your money when a bank goes bust or freezes your funds.

To get an idea of the number of sectors that already exist, have a browse through the link in the image below.

NFTs: The New Age of Proof

You may have heard the term "NFT" thrown around and not really understand what it is or means. Most people begin by thinking that an NFT is simply digital art or digital pictures, but in reality, that is only 1% of the potential application of the technology.

Now, that might not seem that impressive at first glance, but what this technology enables is trustless trade over the internet; In other words - you can trade with someone you don't know, and there will be no chance they can rip you off! It is hard to imagine any industry in the world not wanting this to be implemented.

To give some context as to the scale of this, Opensea, the largest NFT trading platform, is doing around $2.4 billion in volume every 30 days, and there are only 363,000 users.

Play to Earn: A New Era For Games

What's so incredible about this space is the somewhat unexpected results of having an openly accessible market. Blockchain is transforming Gaming and Esports to the extent that you can now Play to Earn. Of course, you could play games to earn money before, hence why Esports Youtubers are among the most well-paid people in the world.  However, this is fundamentally different; With NFTs players can now own and trade in-game assets for money, real currency.

Throughout Covid, we saw entire villages in the Philippines supporting themselves through a game called Axie Infinity, with players earning over double what they would be earning in their normal jobs. This surge in interest led to the creation of scholarship programs, whereby owners of valuable Axies could rent them to talented players, who could take a portion of the profits.

What we saw here was the potential of an open game economy, with global access and a standardised currency, which could be hugely beneficial to those in less economically developed countries. This phenomenon is also in its earliest stages, and games will rise and fall, but this has certainly caught the attention of the likes of Epic Games (Fortnite), Microsoft (having acquired Blizzard), and Ubisoft.

It is safe to say, the games that gain traction will be enormous and will generate a whole new earning ecosystem; scholarship programs, digital advertising space rentals, land rentals, passive income, trading, competition and more. The more attention, the more possibility.

Our online activity has developed so fast that the structure of the internet doesn't really make much sense anymore. We spend our lives forgetting the 6th iteration of the same password we've used 50 times before, only to be blocked access or to be subject to the frustrations of archaic administration systems.

We are also at the mercy of social platforms that use our data to manipulate our actions in their best interests, predominately without us realising. This is the current state of the web, or Web2 as it is commonly referred to.

So, What does Web3 do better? Fundamentally; Ownership. Web3 will allow you to own your own data, to have one account for all your activity, secured by blockchain. You will have instantaneous KYC, streamlined processes, cheaper services, passive earning opportunities, fractionalised ownership and infinitely more. This is already coming, and some of the brightest minds are working to make it a reality.

If you want to learn more about the fascinating elements of cryptocurrency and blockchain, check out our 2-Day Crypto Bootcamp in London! We've condensed months of content into an immersive 2-day course that fast tracks your journey into one of the most exciting areas of development in history. If you're not in the UK, we're also rolling out an online version as well, so go ahead and sign up!